Her heart was racing. She was so livid she could hardly find the words to speak.

“Where are you going?” “Maddie……….did you hear me?” She raged from inside the kitchen.

“Out!” Maddie retorted. It’s as much as she could bring herself to say.

With that she snatched her bag from off the hallway table, hitting the large ornate vase, as she swiftly reached for the front door lock. It rocked, teasingly as if it was about to fall and shatter into a thousand unmendable pieces. But somehow, it recovered itself. Pulling back from sheer disaster and resting at the edge of the table. It was her grandmother’s. A parting gift to her daughter before she moved to Scotland, knowing that mum would never travel that far to see her.

The perfect plan. Because, just like me, she never got on with her emotionally controlling daughter.

Mum was financially brilliant. Her control in making strategic decisions with a discerning inner sense for a lucrative deal, has paid off. Time and time again. So much so, she had become immensely wealthy over the past 20 years. But, emotionally………she was a nightmare. The same vice she applied to controlling things and situations, is the same vice she applied to people.

Maddie instinctively turned the Yale lock to the right and pulled, in what looked like a single smooth action.

The door opened wide as she flew out the door. She turned to grabbed it with her free hand and snatched it back behind her, as she continued down the path toward the gate. The door slammed shut. It sounded satisfying. She was that angry. she wanted the whole house to shake.

Maddie knew the best thing for her right now, was to get into her car and drive. Anywhere. Her car was her therapist. Her reliable escape.

Her car was parked a few doors down. She opened the door and tossed her bag down onto the passenger seat. She neatly tucked herself behind the steering wheel and eagerly closed the driver’s door. She pushed in the key and turned the ignition. The engine kicked in and so did the radio. Instantly she reached for her bag to retrieve her mobile. She went straight to her playlist to find a track from one her vast music library. One that would best suit her mood. Bruno Mars…..that will do, she decided. The bluetooth connection was made, and the car boomed with a serious base line. This track counter balanced her mood perfectly and she needed something she could get lost in. Stop her thinking about the latest argument, the toxic words. An anaesthetic to her swirling emotions.

Time to go. The weather was far from remarkable for a June day. But at least it wasn’t raining and that was good enough for Maddie.

She checked her mirrors before swiftly pulling out. Her baby purred as it revved from 0-?? And moved off. The tyres screeching as she straightened up. This drive was going to be a long one and who knows if she was coming back home?… Well for today anyway?

I am a mother and grandmother. I do have a vivid imagination but the last time I wrote stories I was in school many years ago. I love fiction and sci-fi and enjoy being creative.

© [Neveah1] and [The Imaginary Bureau], [2020]. Unauthorized use and/or duplication of this material without express and written permission from this site’s author and/or owner is strictly prohibited. Excerpts and links may be used, provided that full and clear credit is given to [Neveah1] and [The Imaginary Bureau] with appropriate and specific direction to the original content. 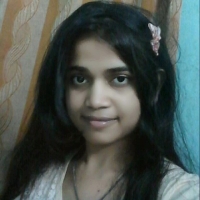 Melodies From My Soul...

For the Love of Words, Laughter, Inspiration (and the odd sexy split infinitive.)

unleashing the world of words

Half earth, half sky

Artist by choice, photographer by default, poet by accident.

Words On A Page

A Home For My Creative Writing

Blog about author Jeanne Owens and her writing

~wandering through life in my time machine...you never know where it will stop next~

Photos, art - and a little bit of LIT.